There are ideas that arise from the need of a particular moment. Such a need - another hot day of summer spent in the office and a thought "if only I could go for a walk" - became inspiration for a project of a path suspended in the air, a balcony Walk-on. It is also one of the ideas to change a sad courtyard, that we overlook every day out of the office windows on the 3rd floor, to give the courtyard a bit of magic. 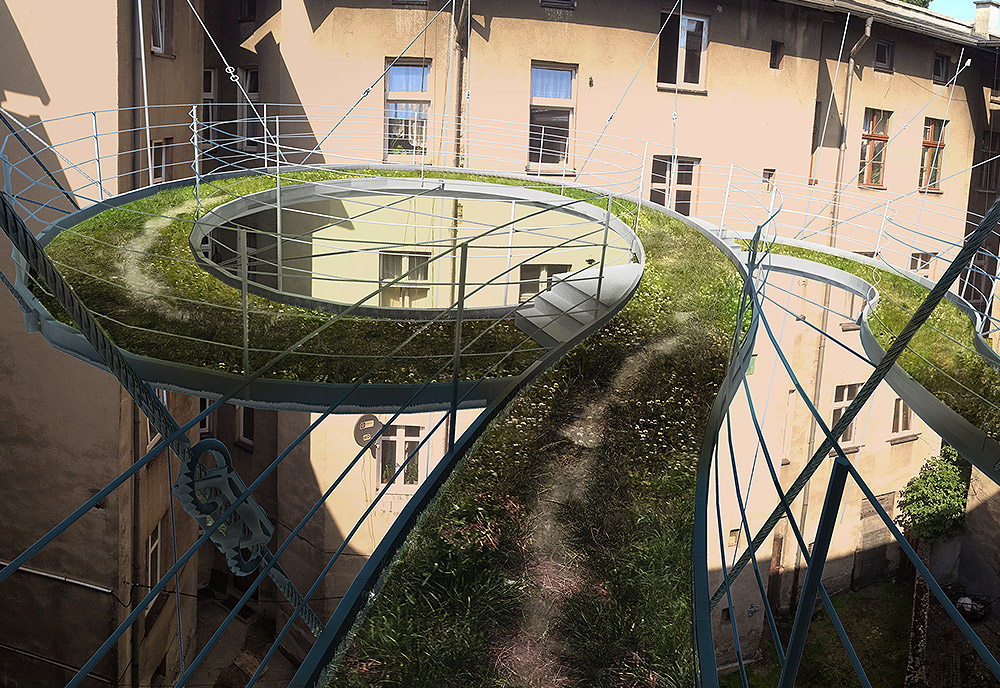 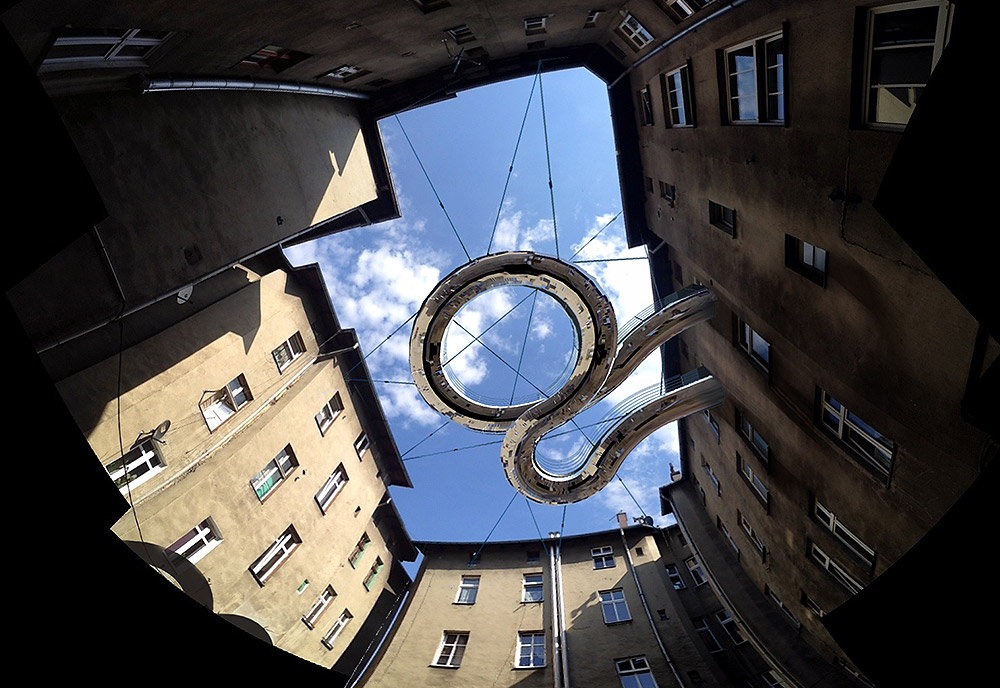 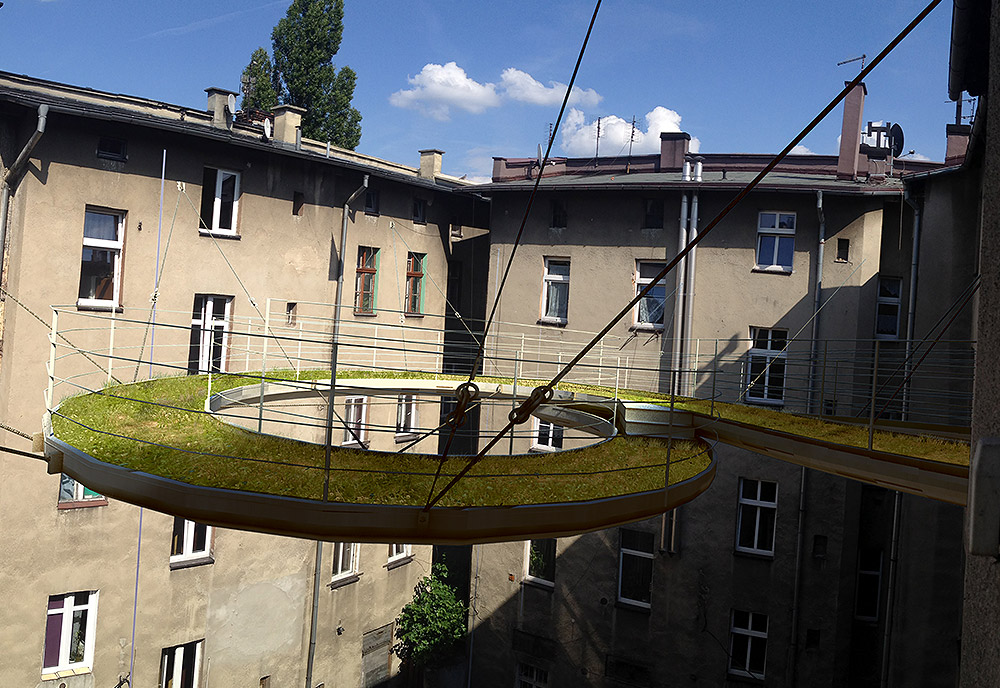 The path has become a metaphor - a normal path is tortuous, winds, does not lead directly to the goal, surprises, relaxes, gives contact with nature. Therefore our path should also flow freely in space - giving you a moment of relaxation, rest, allowing you to change the perspective. This influenced its shape – it winds freely and intertwines with itself - it allows for a relaxing walk "from office to office." Longing for a bit of greenery made us treat the path as a large pot. We filled it with grass that can grow as it wants - after all it’s just a path. A dark courtyard – a well, that was the nucleus of the problem – became in fact an inspiration for solutions. Mounting method imposed itself. Supports - the walls of houses – had just to be reached from all sides. Shading the neighbors was reduced by reaching to the very idea of a path - which in addition to the fact that is winding, it is also very narrow. It is therefore 80cm wide strip of greenery suspended in the air. From the bottom it seems even narrower because of the palate made of polished metal. The sheet, thanks to bending the bows, mirrors the surroundings and blurs the edges of the path. Usually "the form follows function" but sometimes "the form follows fun" – and our balcony follows this path.