HOUSE ON THE HOUSE IN CHORZÓW 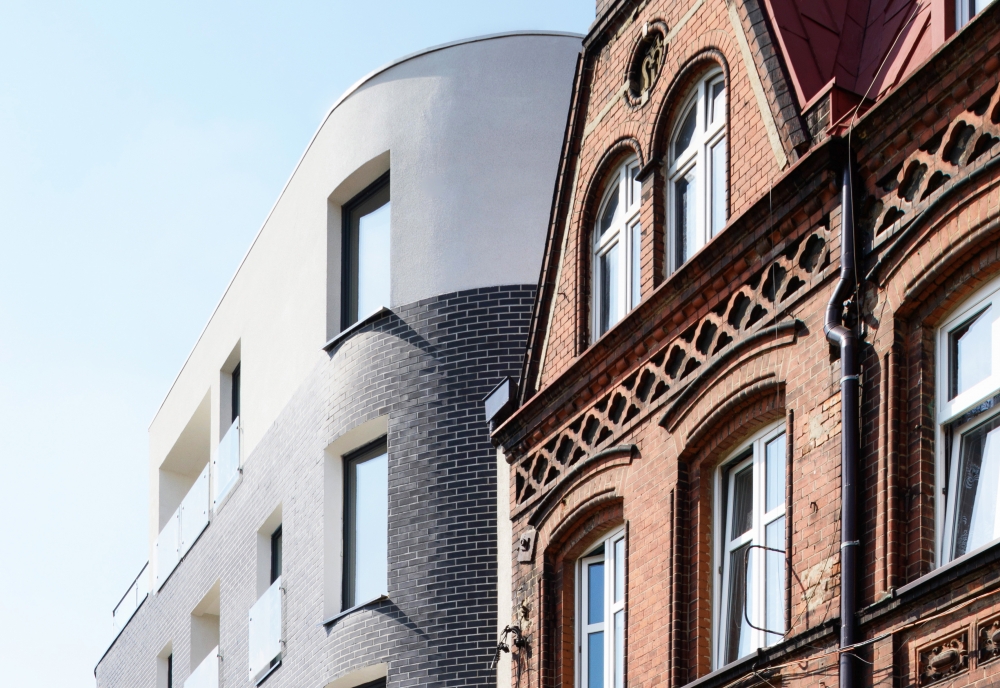 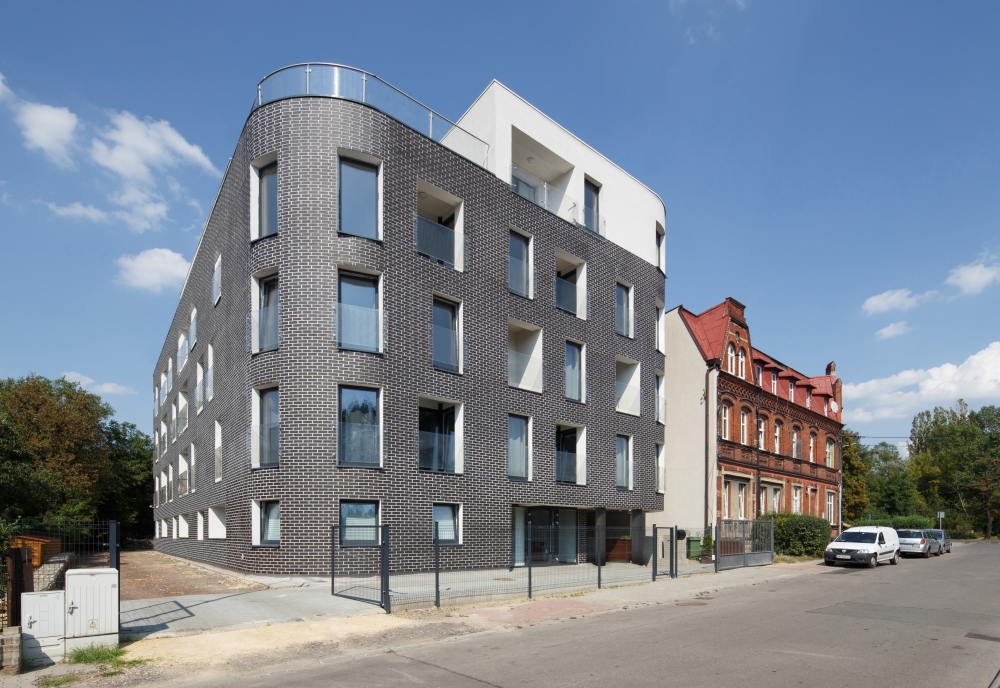 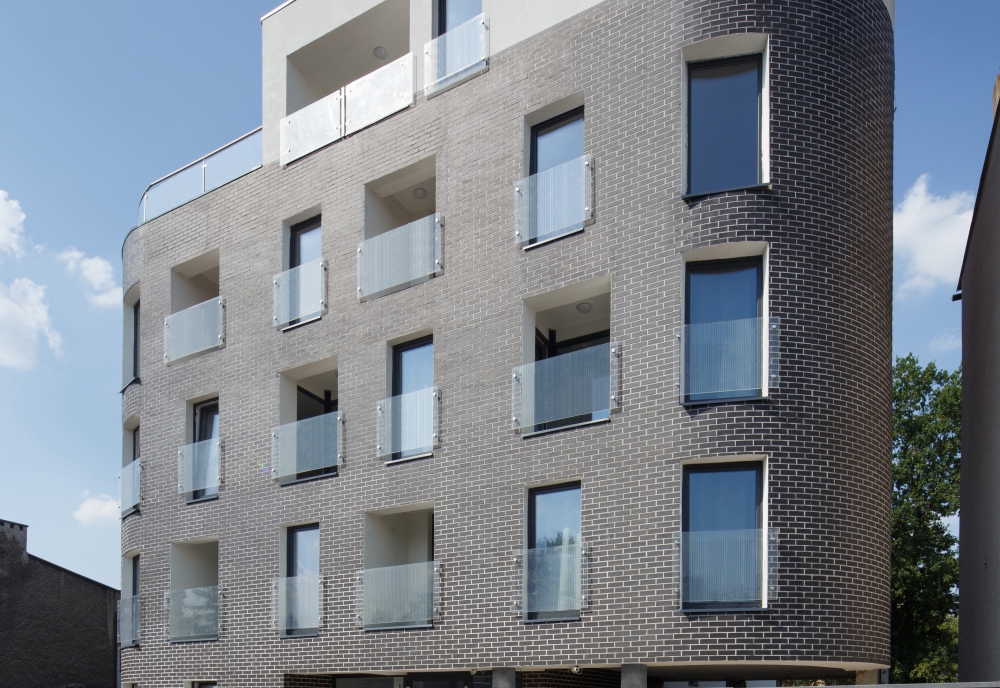 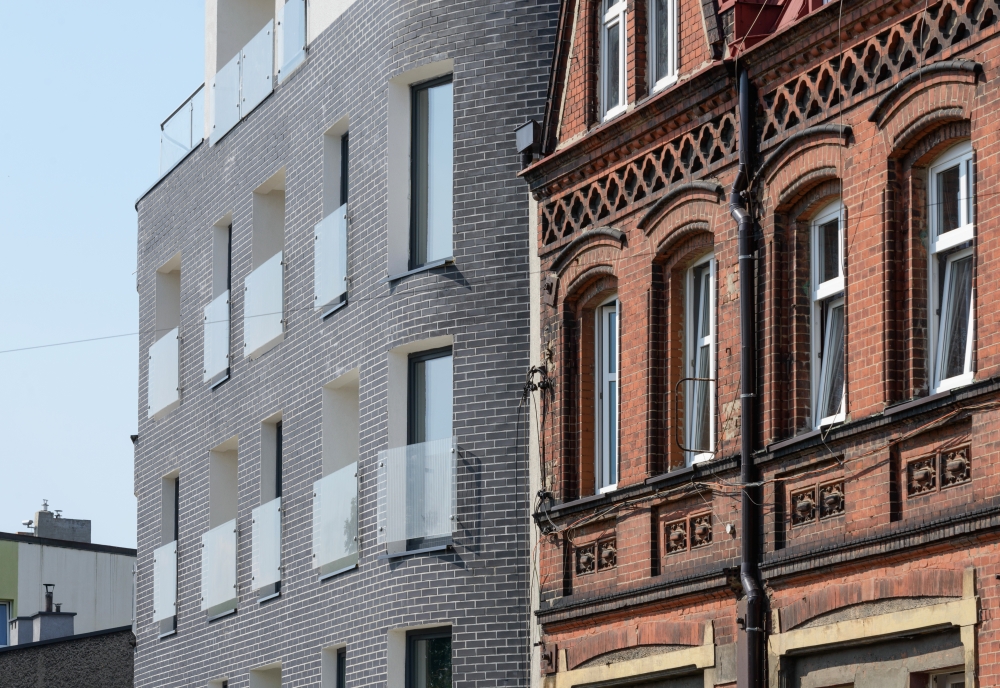 The project involves construction of a six-story residential building with an underground garage. The building is a hybrid of multi-family and single-family housing, in the sense that a four-story apartment was erected on the four-story basic building, which is a real multi-family building.

This apartment with a spatial structure reminiscent of single-family housing, also has its own "area" - a backyard garden on the roof of the lower part.

Assembling the object from two seemingly incompatible structures, in addition to functional reasons, serves as adptation of the object to the environment. The four-story "plinth" refers directly to the scale of the surrounding traditional brick buildings from the beginning of the 20th century. References to tradition were contained in the proportions of solids, holes, and facade material. Despite the intended analogies, the object does not quote the past, but conducts a dialogue with it. Its language is a concise detail, restrained shaping of the body (rounded corners, cavities, disturbed axial hole pattern) and colors.

The upper two floors of the "single-family house" go far beyond the concept of adaptation - the height of the building is definitely higher than the surrounding development. The project, however, took care not to dominate the street. This is obtained by the withdrawal of the main massif of the "house" from both the frontage and the side elevations, as well as subdued, bright colors causing the optical "dematerialisation" of the superstructure.

Internal contradictions, which are the result of imposed functional requirements, in the project inspire creative search, but in the name of the principle of dialogue, modesty, respect for the past and attention for space.